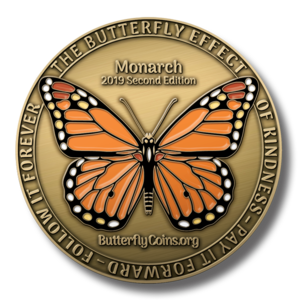 The Story of Kuehl Rocks on the Raccoon River Valley Trail June 2019. William John Kuehl and Christina Maria Hansen both came to the United States in the early 20th Century from northern Germany. They met in Chicago, Illinois and were married there in 1913. They came to central Iowa and began farming. In the 1940s, they were able to purchase their farm on Greenbrier Creek in northern Guthrie County, Iowa. William and Christina had three sons and five grandchildren.

Today, in 2019, that farm is bordered by the Raccoon River Valley Trail, a rail trail used by cyclists, hikers, and cross country skiers. In 2015, the three remaining grandchildren, began a project to honor their grandparents. Over the next three years, they put a bench rock near the bridge over Greenbrier Creek, a landmark rock, two bicycle racks, and a cedar mailbox as a library for free books and post cards for travelers of the trail. The spot overlooks beautiful Iowa farmland and visitors can sit on the rock and watch farming in three seasons, watch birds and wildlife, read a book from the library, or meditate. It has become a spiritual spot for many.

In 2018, the three grandchildren began a Monarch butterfly Waystation at Greenbrier Creek which will be increased each year with Sullivant milkweed to nourish Monarchs on their yearly migration from Mexico to Canada. This Waystation is registered with MonarchWatch.org and is #19242.

The three grandchildren, now all in their 70s, purchased 15 coins in 2019 to honor the memories of their grandparents and growing up in the 1950s and 1960s in Iowa. These coins will be awarded to special people who do unusual things and the Cousins will follow the coins' stories on this website through the years.

On May 26 2019, the Kuehl Cousins were cementing bicycle hoops at Kuehl Rocks near the Greenbrier Creek Little Library on the Raccoon River Valley Trail one mile north of Herndon, Iowa. This was our 2019 project in memory of our Kuehl parents and grandparents. Cyclist CH was riding the trail and stopped to help. He worked with the Cousins, who are 70 to 78 years old, by helping shovel, transporting bags of cement 1/4 mile down the trail, mixing concrete, pouring concrete, leveling the ground. He worked with us for several hours until the project was finished. We presented CH with the Monarch Butterfly coin that Cousin JMKH had placed inside the Little Library several weeks ago.

Greenbrier Creek Little Library. May 10, 2019. This coin was placed in the Little Library at Kuehl Rocks on Greenbrier Creek, one mile north of Herndon, Guthrie County, Iowa on the Raccoon River Valley Trail. It was placed by Kuehl Cousin JMKH to celebrate one year since the establishment of a Monarch butterfly habitat on the east side of the trail directly across from the Little Library. My hope is that a trail traveler will take the coin and pass it along, and all who receive it will record its journey.